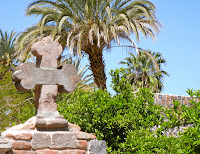 After relaxing in Laguna Ojo de Liebre for a couple days we headed inland through Southern Baja.  As the sun was quickly dropping beyond the horizon, we rounded a bend and approached the charming small town of San Ignacio.  A welcome sight on a desolate drive, San Ignacio is a palm oasis that sprouts from a small valley in the desert.  The arid, cactus-ridden terrain gives way to a plush green grove lined with date palms.  As we wound our way past the spring-fed river we found ourselves in the center of town, greeted by a large central plaza surrounded by small shops and an 18th century Jesuit mission.


All of the nearby campsites were deserted and we were ready for some amenities, so we chose to camp on the edge of town at the Rice & Beans Hotel.  Despite the cheesy name, Rice & Beans is a mostly respectable restaurant that has a large parking lot for RV camping and a hotel.  At the restaurant we bumped into a few friends we met at Bahia de Los Angeles, Mike & Joann, and we had a nice dinner with them while exchanging details from our past week. 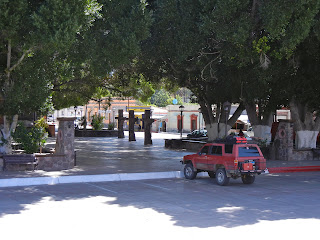 Our third day in San Ignacio we explored the central plaza some more, then we spent a couple hours admiring the Jesuit mission.  This mission has a very interesting history, including the fact that it took over 35 years from start to finish.  The Jesuits and local indians were often slowed down by disaster including but not limited to: deaths from malaria, typhoid, typhus, measles, indian rebellion, volcano eruption, drought, and several floods.  Almost sounds like the Oregon Trail right?  Only I doubt they blew all of their money and time hunting buffalo. 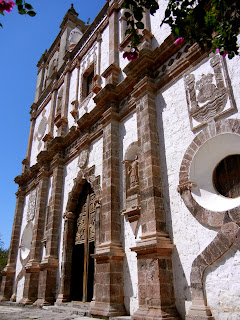 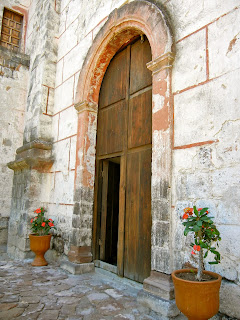 Even more impressive is the story about one of the devout and talented Indian workers who helped construct the mission.  Although he couldn't see, Andrés Comanaji Sistiaga used his sense of touch and knowledge of construction to actually direct the work crews as they laid walls entirely out of lava rock.  They called him "Andrés el Ciego or Andrés the Blind.  Makes all of our accomplishments seem kinda bleak, right? 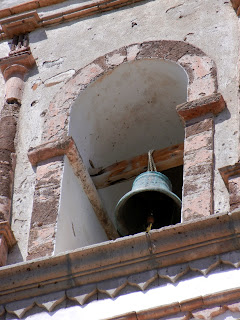 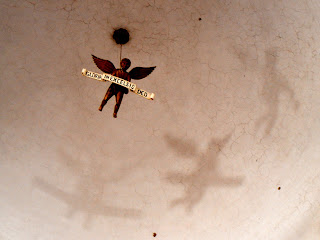 After checking out the mission and feeling inspired, we got in the car and started planning our next stop.  Before we could even thumb open our atlas, we were surrounded by "Pigs"...no not porky pigs and not pigs with a badge.  We were completely surrounded by 50-series Toyota Landcruisers.  Produced from 1967 to 1980, these are commonly referred to as pigs because their front end has a snouty look to it.  While we were at Rice & Beans, this caravan of three vehicles had arrived and I complimented the vehicles before we left.  We had a brief chat with the owners, mostly about where we're from and where we're going before we left.

Now that they had randomly caught up to us, they asked us a few more questions about the road ahead.  We don't always choose to tell people that we're headed for South America because usually people don't get it, but we could tell we really liked this fun bunch of retirees & trying-to-retirees.  Apparently we peaked their interest and we started poking more at each other's vehicles and talking about "truck porn".  Next thing we know, these guys are popping beers (it was around 1pm) and making the best Bloody Mary's right here in the central plaza of this tiny pueblo.  Locals were driving by with their eyes clearly not on the road, watching as a bunch of gringos party-down and show off their old Toyotas.  Meanwhile the local Policia pulls up and we all act like junior-high schoolers, hiding our drinks and trying to act like normal tourists.

An hour or two later we decided to hit the road and let them continue on their way, this time waving and grinning as we say goodbye to new friends from the road.  This is why we love Baja...easy to strike up a conversation and you can throw a party anytime, anywhere.