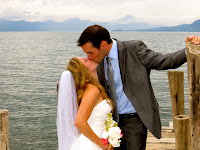 Even though we had been engaged for a year, we didn't actually decide where our wedding was going to be until about three months before the actual event.  After seeing photographs of Lake Atitlan and getting confirmation from several others about how amazing the lake is, the decision was made to have our wedding there.

We decided to keep the wedding to family and invited only a few of our closest friends.  We wanted to keep things as simple as possible.  We were originally planning to have our wedding alone, with no guests at all, so this was a stretch.  Considering the short notice, we figured ten, maybe fifteen people would commit to the occasion.  You can imagine our surprise when thirty-one family members RSVP'd. 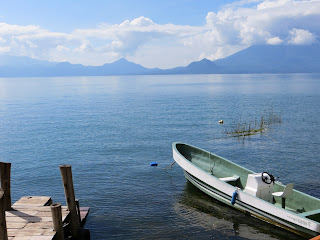 Our good friend Katie recommended staying in San Marcos La Laguna at Hotel Aaculaax.  At Aaculaax we made friends with the owner Lily, who recommended talking to her friend Ana who happens to be a wedding planner and owns a hotel in Santa Cruz La Laguna.

Wedding planner?  No thanks, sounds expensive and you know wedding planners…they always go over the top.  That's what I thought anyway.  Brenton and I met with Ana and her assistant Karen at Hotel Isla Verde, a short fifteen minute lancha ride from San Marcos. 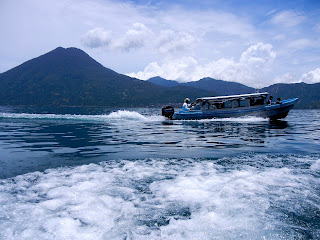 After talking with Ana and Karen for less than an hour, I was proven wrong.  Ana and Karen were both down-to-earth and didn't try to make our wedding anything we didn't want it to be.  Not to mention, their whole business is based on being eco-friendly, which is something we appreciated.  We waited about a day for word on what the total cost would be and again we were pleasantly surprised.  For what they were quoting us, we didn’t feel like we could do it on our own for any less.  It wasn't long after that we decided to do our wedding at Hotel Isla Verde. 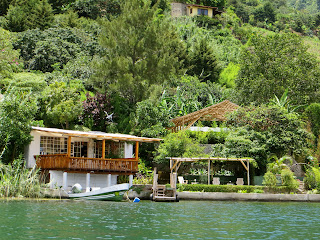 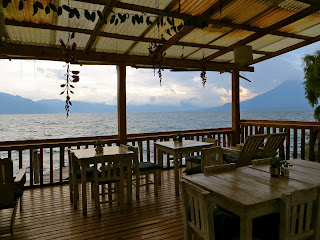 Our family all arrived within a couple of days of each other and we spent the first few days exploring the beautiful city of Antigua.  On the third of August, we all piled into a bus and made the three and a half hour drive to San Marcos La Laguna on Lake Atitlan. 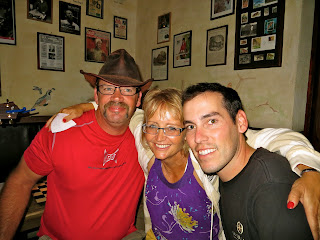 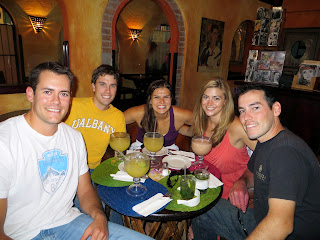 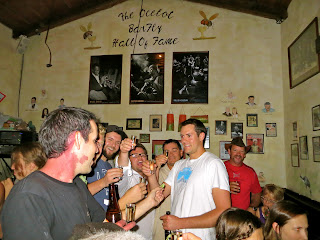 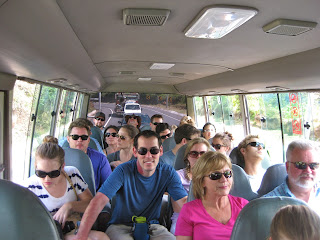 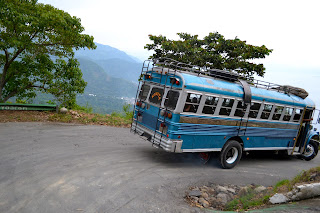 The first night we enjoyed a wonderful meal and drinks at Fe Restaurant.  We called it our "non-rehearsal dinner" since we didn't plan on actually rehearsing anything.  Half of our family stayed with Brenton and I at Hotel Aaculaax, the other half stayed about fifteen minutes down the main road at Pasaj-Cap.  Both places were wonderful, beautiful, and our hosts were amazing. 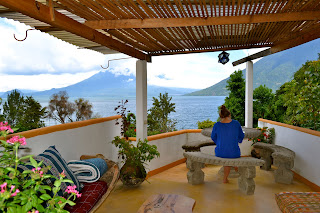 The next day, the fourth of August, we headed over to Santa Cruz in lanchas.  I headed over a couple of hours earlier to get ready.  Brenton and the rest of our guests came over in two different boats.  As people arrived they enjoyed the incredible view and drinks from Hotel Isla Verde.  We decided the ceremony would start at four o'clock, though I didn't actually come down until four-thirty.  That's not too bad right?  Brides are supposed to make a fashionably late entrance. 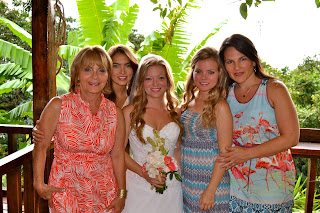 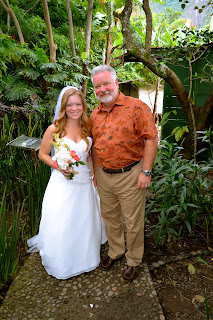 We married on the dock, surrounded by our family, with "the most beautiful lake in the world" as our backdrop.  Amazingly, we didn't get rained on either.  Remember, we chose to get married in Guatemala, in the rainy season, in the late afternoon.  That's prime time for a downpour. 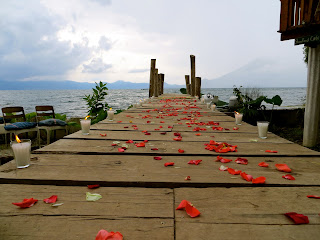 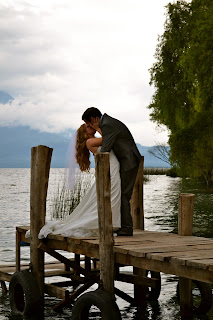 Did I mention my now brother-in-law was our officiant?  We couldn't think of a better person to do it.  As Brenton mentioned in the previous post, his sister Marissa, her husband Jay, and our nephew Cooper came down a couple of weeks before everyone else so we could spend some time traveling a bit with them.  It was at this point when we asked Jay to officiate.  We didn't give him much time, so we're grateful he agreed.

Brenton and I decided to write our own vows and we also wanted Jay's part to be unique and personal.  We looked up traditional vows and found some aspects that we liked, gave them to Jay, and told him to go wild.  You could tell that Jay had poured his heart and soul into the role, and we couldn't have been happier with our choice to have him as our officiant. 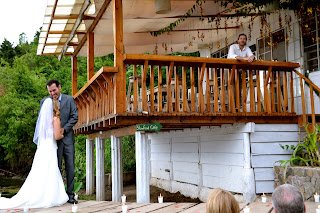 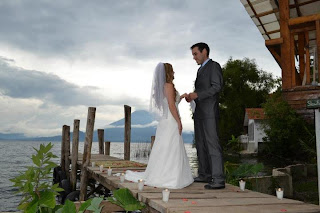 After the ceremony we enjoyed incredible food, dessert, and a fun night of dancing and spending time with the people we love.  Our day was amazing and everything we could have wanted. 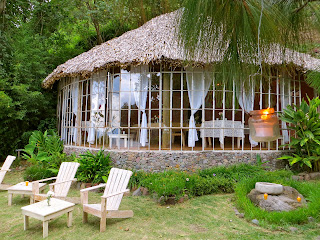 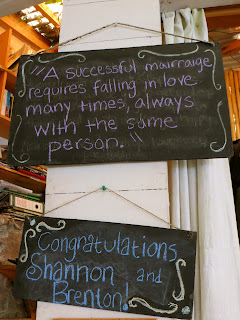 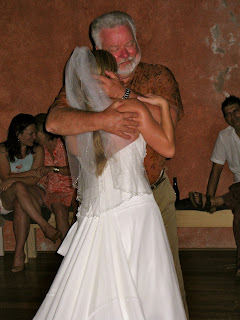 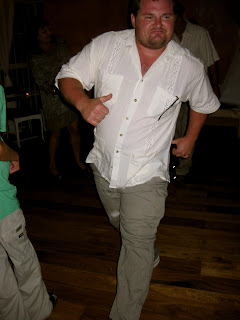 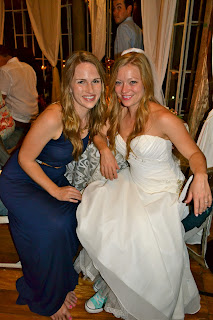 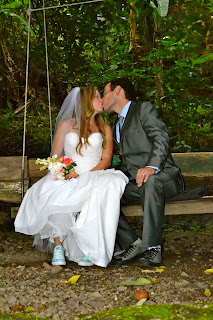 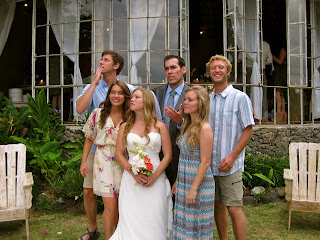 Since we were still on the lake, I surprised Brenton with a night at Hotel Isla Verde exactly one month after our wedding, on the fourth of September.  Since tourist season is slowing down right now, we almost had the whole place to ourselves.  We enjoyed a romantic dinner and slept in a comfy room with an amazing view of the lake. 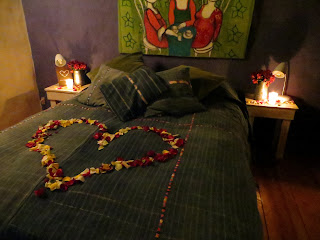 We are so grateful to all of our family and friends who made it to our wedding and for all the wonderful people who helped to make it possible.  We couldn't have asked for more.